10/19/18 MA State Police – Man just released from jail carjacks in NH is chased 100 MPH to VT and MA. He stabbed MA State Trooper and couldn’t get the shifter into gear of his patrol car. Man is shot attacking other officer. Tremco Save.

ORANGE — A state trooper who was stabbed repeatedly during a New Salem traffic stop has undergone surgery and is recovering from a collapsed lung, deep muscle and nerve damage to his left arm, and a severe laceration to his scalp, a prosecutor said.

Whitcomb “came within inches of losing his life for just doing his job,” and Loynd displayed “great restraint” by repeatedly ordering Le to show hands and drop his knife before discharging his service weapon, Gagne said.

“Neither man is looking for praise, but I believe their actions were heroic on that day,” Gagne said.

Le is accused of carjacking a vehicle in New Hampshire, leading police on a high-speed chase into Massachusetts, and attacking Whitcomb when his stolen 2016 Toyota Camry became disabled and boxed in by police.

When Whitcomb positioned his cruiser to block Le’s vehicle, Le exited the Toyota, ran toward the cruiser, opened the door, “and began automatically just slashing and stabbing repeatedly” at the officer, Gagne said.

Le “got seven or eight swings of the knife” before Whitcomb was able to get out of the cruiser and stumble away, Gagne said.

Le entered the police car but was unable to get it into gear. Loynd fired a single shot into the cruiser. Le exited the cruiser and “rushed at officer Loynd.” Loynd, as he was backing up, fired his service weapon four times, Gagne said.

Even as Le crumbled to the ground, he still held a knife in his hand and ignored orders to drop the weapon, Gagne said. Loynd then fired another shot and subdued the suspect.

“It’s no light matter for Officer Loynd to shoot a human being, which he has never done before,” said Gagne.

Gagne said that both cops behaved “appropriately and professionally” and did what they were trained to do. He said he believes their actions prevented Le from stealing a minivan from a nearby home, where a mother and children were in the front yard.

During the traffic stop, Whitcomb “had no idea that Mr. Le was going to approach his cruiser, open up the door, and start stabbing him repeatedly. Nobody could have predicted that.”

Asked about the dozens of police officers in the courtroom during Le’s arraignment, Gagne said the scene was not orchestrated, and that the officers came of their own volition.

“It’s a hard profession, a hard job,” he said. “Every day, every vehicle approach, every motor vehicle stop, every door you knock on … you don’t know what’s waiting for you.”

Gagne said there is no evidence that Le was under the influence of drugs or alcohol, but that the matter is still under investigation. He said Le’s family is from South Vietnam, and that it appears that “there are no immigration issues.”

Before Judge David Ross, not guilty pleas were entered on Le’s behalf. Le is charged with intent to murder, assault and battery with a dangerous weapon, assault with a dangerous weapon, armed carjacking, assault and battery upon a police officer, receiving stolen property valued at over $1,200, reckless operation of a motor vehicle, failure to stop for police, and resisting arrest.

Le was ordered held without bail at the Franklin County House of Correction, and will undergo psychological evaluation for his competency to stand trial. Alan Rubin of the Committee for Public Counsel Services was assigned to defend Le. A 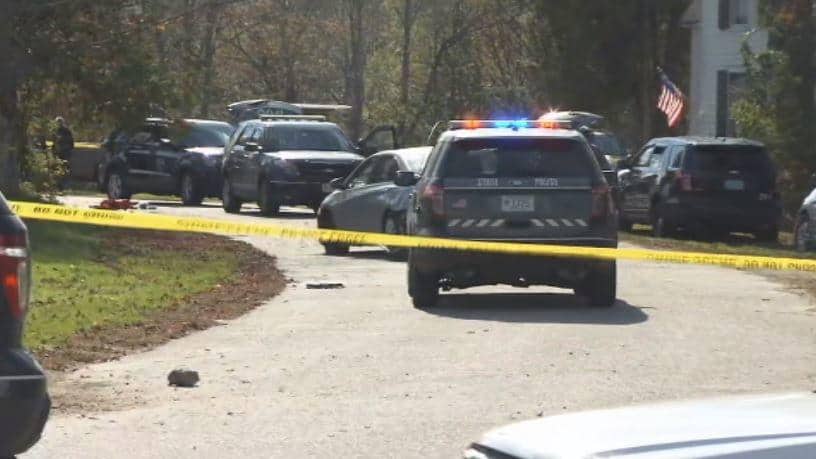