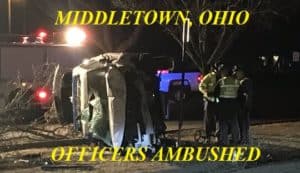 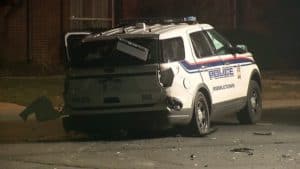 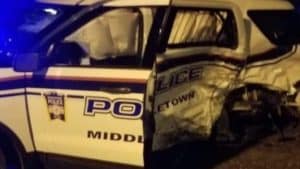 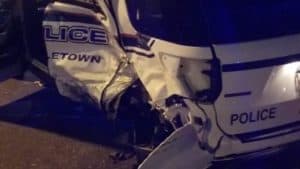 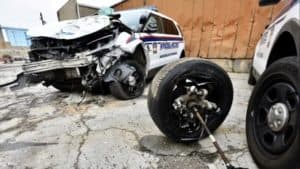 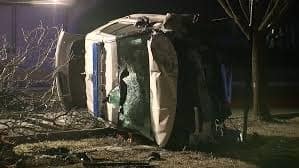 An armed suspect stole a police cruiser and rammed it into a second cruiser, sending one officer to the hospital, police said Thursday.

The suspect, Jason Cooper, 49, also was hurt in the crash on Bavarian Drive near Central Avenue late Wednesday.

Both the officer and suspect are expected to recover.

Cooper faces 10 charges once he is released from the hospital and will be held without bond, police said.

They are: Felonious assault, aggravated vehicular assault, assault on a police officer, grand theft, DWI (driving while intoxicated), aggravated menacing, driving under a suspension, obstructing official business, possession of criminal tools and resisting arrest, according to the jail.

The incident began when Middletown police responded to a call of a disturbance involving an intoxicated subject later identified as Cooper, police said in a prepared statement.

Officer Patrick Glassburn arrived first at the scene and was flagged down by the complainant who told him Cooper was intoxicated and hiding in the bushes.

Cooper came out of the bushes and started approaching the officer with a knife in his hand, according to police.

Glassburn deployed his Taser and used the device on Cooper, but it did not have any affect.

“He kept on reaching for his pocket trying to get some other knives out, so we did have to pull him through the windshield and get him secure,” Major David Birk said.

Cooper was transported to Atrium Medical Center in Middletown, where he remains in police custody.

“The officers are fine, obviously a bit shaken up. We could of had a different outcome with this. We are very fortunate the officers showed great restraint. We have the suspect in custody, the complainant is fine. The officers will be fine and recover,” Birk said.

The Ohio State Highway Patrol assisted in the crash investigation.