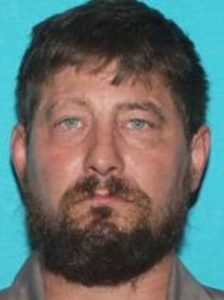 Authorities are searching for a man who they say assaulted a Turner County deputy and stole the deputy’s patrol car while he was being transported to the Minnehaha County Jail Tuesday afternoon.

Around 4 p.m. Tuesday, authorities responded to report of a law enforcement officer fighting with a prisoner on the side of Interstate 29 near the Harrisburg exit, said Lincoln County Sheriff’s Lt. Ben Lord.

The prisoner, Tyson Shawn Wessels, 42, was being transported from a court appearance in Turner County back to the Minnehaha County Jail when he assaulted the transporting deputy while driving on the interstate, Lord said. Wessels continued to fight with the deputy until he was able to abandon the deputy on the side of the road and steal the patrol car.

Wessels has family in southwestern Minnesota, and authorities are searching for him in the area, Lord said.

“He’s definitely dangerous,” he said. “It’s unknown if he’s armed at this point.”

There was an M16 rifle in the back of the patrol car that Wessels stole, but it was recovered when authorities found the patrol car.

He is no longer shackled and changed into different clothes.

The northbound Interstate 29 Harrisburg exit ramp was closed Tuesday evening while authorities processed the scene where the deputy was assaulted.

The deputy, who Lord said was struck in the face several times, was hospitalized for his injuries. The deputy is expected to recover.

Wessels was arrested and charged on several counts earlier in September for his role in a “multi-county crime spree” after he led authorities on a pursuit in Lincoln County.