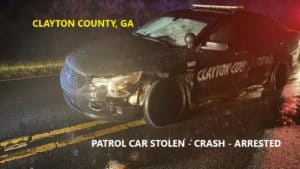 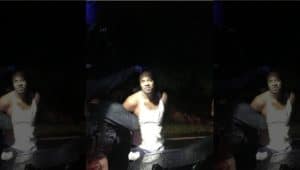 Clayton County law enforcement have arrested a man accused of leading them on a high-speed chase inside one of their own police cars.

When deputies arrived at the scene to help with traffic, they noticed officers struggling with a suspect, identified as Christopher Abram.

Abram got loose from deputies, jumped in one of their patrol cars, drove off, and hit another vehicle, officials said.

The suspect lost control of the patrol vehicle on Noah’s Ark Road during a pursuit.

Officers were able to take him into custody and transport him to the Clayton County Jail without further incident.