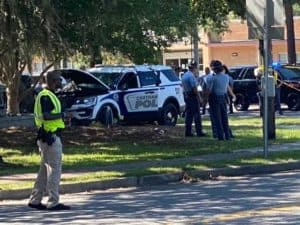 On June 17, 2021, just before 3:00 p.m., a Chatham County Police Department (CCPD) patrol officer was dispatched to the area of Highway 204 and I-95 for a report of a suspicious vehicle. Upon making contact with the subject, the CCCPD officer determined that the suspect was wanted on warrants out of Virginia.

The investigation into the officer-involved shooting is being handled by the Georgia Bureau of Investigation. CCPD will not be releasing any further details.”