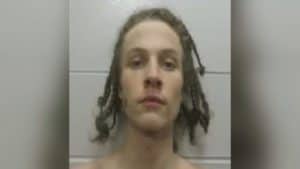 The suspect killed in an officer-involved shooting in Columbus Wednesday has been identified as 19-year-old Austin Hines.

In a joint statement, the Lowndes County Sheriff’s Office and Columbus Police Department confirmed a suspect was shot by law enforcement after a pursuit involving a stolen vehicle.

Hines wrecked the stolen truck and got out of the vehicle. Deputies and police officers were involved in the chase that started on Ridge Road and continued onto Waterworks Road, before ending at 22nd Street North.

According to WCBI, sources said Hines then somehow got inside a law enforcement vehicle, where he was shot and killed.

Multiple law enforcement was on the scene at the time of the shooting and multiple shots were fired.

Sources confirmed at least one officer was injured in a crash during the pursuit, where multiple vehicles were struck.

The Mississippi Bureau of Investigation is handling the investigation.