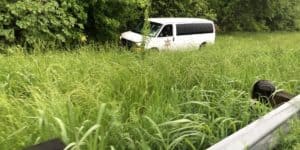 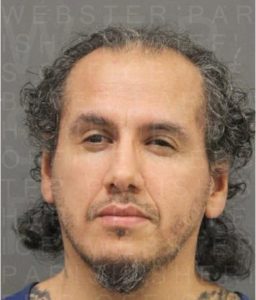 Police were led on a high-speed chase Friday morning after an inmate stole a work release van from the Bayou Dorcheat Correctional Facility at Camp Minden, the Webster Parish Sheriff’s Office confirms.

The chase started just before 9 a.m. Friday, April 16. The chase could be seen on DOTD traffic cameras on I-20 at Jewella, Monkhouse, Pines, and Bert Kouns as the white van fled from at least a dozen police units. The van reportedly reached speeds of more than 100 mph as it headed west on I-20 towards the Texas state line.

The inmate, Rosendo Zapata, was assigned to a work detail at Camp Minden when Webster Parish officials say he left the supervised work area and drove away in the stolen van. The supervisor immediately alerted deputies on patrol, who found Zapata a short time later leaving the facility via I-20.

Deputies chased Zapata westbound on I-20 and alerted other agencies for assistance.

Louisiana State Police confirms the inmate was captured just before the Texas state line after the Caddo Parish Sheriff’s Office put out spike strips. Zapata reportedly refused to come out of the van by locking himself inside. He was eventually removed from the van, authorities say.

Zapata is being held at the Caddo Parish Correctional Center with charges pending.

“I appreciate the quick response of our team and the assistance of the Caddo and Bossier Sheriff’s Offices and La. State Police. I also express my appreciation to the citizens on the highway for their cooperation as our emergency vehicles traveled by in pursuit of the offender. We were able to safely apprehend the offender while protecting other drivers on the road,” said Webster Parish Sheriff Jason Parker.