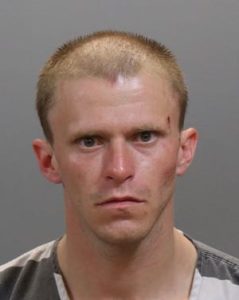 A Knox County detective had his unmarked police car stolen from him early Wednesday morning, leading to a police chase and an eventual arrest.

Detective Jim Shipley of the Knox County Sheriff’s Office approached a man he saw carrying several items across a parking lot of a closed business on Cross Park Drive shortly after midnight, according to an arrest warrant.

The man, Darrell Cooper, had an outstanding warrant for theft.

The two got in an altercation as Cooper attempted to drive away, dragging the detective beside the cruiser, according to the warrant. Glenn said the vehicle was disabled a short time later, and the suspect was taken into custody without incident.

Shipley received only minor injuries. He had some bandages on his hands, Glenn said.

Cooper has been charged with three felonies: aggravated assault, theft of property over $10,000 and evading arrest.

Glenn said the sheriff’s office is investigating the incident. She did not immediately know whether Shipley was on duty at the time.