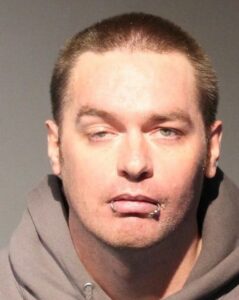 The suspect, identified as Jesse Raines, 31, led officers on a pursuit that ended around 12 a.m. at Prater Way and 18th Street. Police say it started when the suspect was found trespassing at the Reno Police Department.

Raines faces charges of Resisting a Public Officer, Grand Larceny of a Motor Vehicle 1st Offense, and DUI Above the Legal Limit.