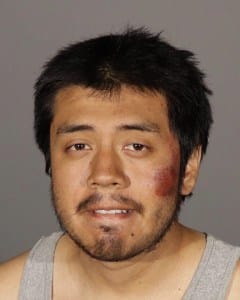 A man was arrested on Thursday morning when he attempted to steal a police vehicle – in front of police officers.

Glendale Police Officers were conducting a traffic investigation near Glorietta Avenue and Verdugo Road when a man, identified as Oscar Rivera, suddenly ran for the unoccupied police vehicle.

The car was running, with keys in the ignition, as the officer was standing by directing traffic.

According to a police statement, “As Rivera entered the driver seat and began trying to put the vehicle into drive, officers were able to get control of him, take him out of the unit and handcuff him.”

He was charged with suspicion of attempted carjacking and held on $100,000 bail.