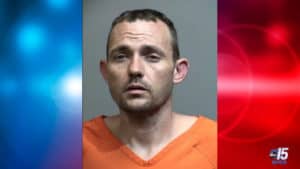 Deputies say they have recovered a Georgetown County Sheriff’s Office vehicle after it was stolen by an armed robbery suspect following a traffic stop near Andrews.

Samuel Adam Robinson, 38, who was wanted by Georgetown Police Department for his alleged connection to a Nov. 8 armed robbery at WalMart, reportedly slipped out of handcuffs after being placed in the back seat of a deputy’s Chevy Tahoe, and climbed into the front seat and drove away.

The theft occurred in the Kent Road-Tallowtree Road area near Andrews, deputies say.

The vehicle and all equipment were recovered within the hour on Indian Hut Road.

The suspect remains at large.