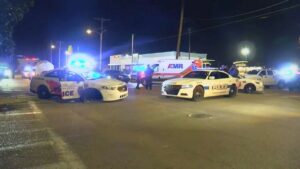 A man stole and crashed a Jackson Police Department cruiser after an officer left the vehicle unattended, police say.

It led to a pursuit that ended on West Woodrow Wilson Avenue near a Bailey Avenue McDonald’s around 10 p.m.

The police vehicle was taken by an unidentified man, with a history of mental illness near the King Edward Hotel.

“The officer will receive additional training and the individual was apprehended and taken to a facility for treatment,” Jackson Police Department Spokesman Sam Brown said. “No injuries were reported and no charges will be filed.”

Police said the man is known in and around the Capital Complex District.