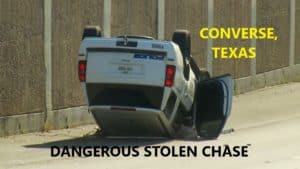 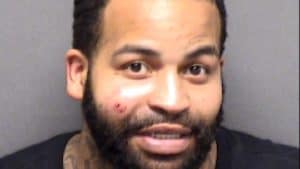 A man made off with a sheriff’s patrol car in Lemon Grove Saturday night, touching off a brief but intense search until it was found at an apartment complex.

Deputies scoured the city for about 10 minutes before a tenant noticed the errant black and white SUV at the complex at Grove Street and Lemon Grove Way, sheriff’s Lt. Michelle Craig said.

Two men were detained for questioning, and one of them was arrested after he admitted the theft, Craig said.

She said a deputy had been unloading his patrol vehicle at the Lemon Grove Sheriff’s Station on Main Street when a man described as a transient hopped into it and drove away at 8:52 p.m.

Deputies went into pursuit, but lost sight of the Ford Explorer going east on Broadway. They fanned out from around the downtown area, searching with help from a sheriff’s helicopter crew.

At 9:03 p.m., Craig said, a woman called the Sheriff’s Department, saying it appeared that their SUV was being parked at the Grove Street complex.

A number of deputies headed that way and confirmed it was their missing cruiser. They detained two men nearby and one of them eventually admitted he’d taken the SUV. The 44-year-old man was arrested in connection with the theft.

No weapons or other objects were missing from the patrol vehicle, but its front bumper was damaged, Craig said.