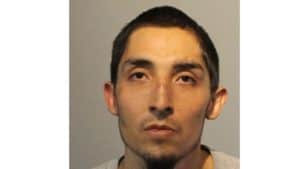 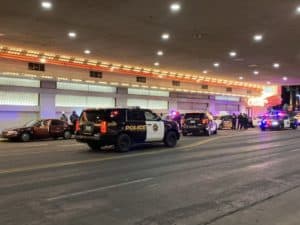 A man is behind bars after attempting to steal a Reno Police vehicle Tuesday night.

Officers were conducting a traffic stop around 8:42 p.m. October 27, 2020 on Fourth Street between Virginia and Sierra, when 29-year-old Enrico Flores reportedly got out of a cab and jumped into the front seat of the unoccupied patrol car. When Flores tried to drive away, he ran into the stopped vehicle in front of him and was then taken into custody.

Investigators say the damage to both vehicles was minor and no one was injured.

Flores reportedly had a suspended license and police say he will be facing multiple charges, including vehicle theft and resisting arrest.