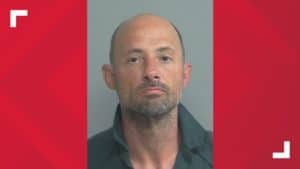 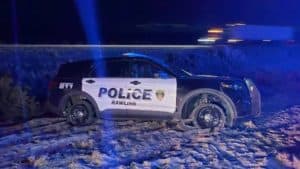 One police department in Wyoming may have gotten a feeling of what it’s like dealing with a “Florida man.”

A Tampa man faces multiple charges in Wyoming after police say he led them on multiple chases and even stole one of their police cars.

It happened just before 5 p.m. on Oct. 8, according to the Rawlins Police Department.

James Estes, who police say is from Tampa, was riding a 2004 Harley Davidson with no registration visible, officers say. When an officer tried to pull him over, he reportedly refused to stop and led them on a chase.

Eventually, Estes abandoned the motorcycle and began to run away on foot, the department said. But he didn’t get far.

Estes was taken into custody, handcuffed and put in the back of a police car. Police added that Estes then managed to get his hands — still handcuffed — in front of him, crawl through the partition to the front of the patrol car and steal it.

During the chase, police say Estes lost control of the car, abandoned it and tried to run away from officers. He then was recaptured and arrested.

Estes faces multiple charges in Sweetwater and Carbon counties in Wyoming, Rawlins police say. He also reportedly has a warrant for probation violation in California.

He is being held in jail on charges related to the police car theft, fleeing, eluding and possession of a controlled substance.