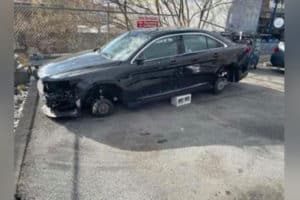 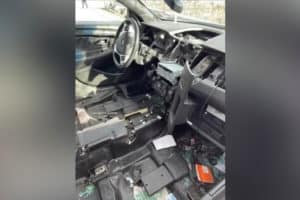 The South Bronx sure knows how to strip a car — even an NYPD vehicle.

The Ford Taurus, assigned to the Bronx Special Victims Unit, was last seen on Tuesday, parked outside a supermarket at East 167th and Fox Streets.

Three days later, on Friday, detectives “pinged” the vanished vehicle, and found it a mile north, outside a laundromat near the Bronx River.

It was on cinderblocks, as its tires had been stolen. The fenders and seats were also gone, and the interior looked like it had been ransacked with a crowbar.

The car has been flat-bedded to the Eerie Basin Tow Pound, a law enforcement source told The Post. The theft is under investigation.