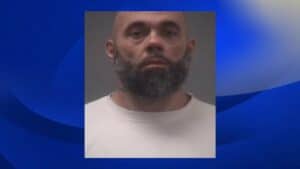 A Mount Olive police officer who was airlifted to Vidant Medical Center in Greenville after crashing a vehicle while chasing a hijacking suspect on Saturday was released on Sunday.

Police Chief Jason Hughes said officers were called to the Walmart in Mount Olive to deal with a suspicious person. Upon arrival, officers contacted the suspect, Edward Carter Batts of Warsaw.

Batts then jumped into one of the police vehicles and drove away. Officer Angel Yeoman pursued the hijacking suspect and stolen police car traveling South on U.S. Highway 117 toward I-40.

Officer Yeoman lost control of the car she was driving and crashed at exit 355 on I-40. Batts continued to flee and was apprehended a short distance away.

Yeoman was airlifted to Vidant Medical Center. She has since been released from the hospital to recover at home.

Batts is being charged with felony assault with a deadly weapon on a government official, felony flee to elude arrest, felony larceny of a motor vehicle and damage to property. He is being held under a $40,000 secured bond.